A Sad State of Stagnation: Gender Equality around the World

A Sad State of Stagnation: Gender Equality around the World 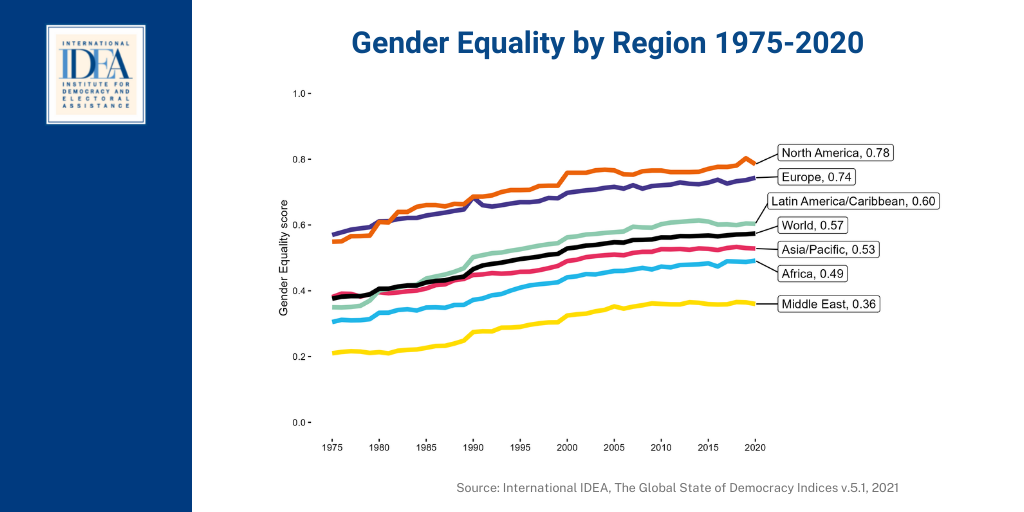 Some of this is due to the pandemic, which has had a disproportionate impact on women. Women have suffered from a Covid motherhood penalty, unequal job losses and a concomitant increase in poverty, loss of access to education, an increase in rates of domestic and gender-based violence and a greater risk of contracting the virus. At the same time, they are under-represented on taskforces that are charged with responding to the virus and developing recovery plans.

In order to reverse the declining strength of democracies and to ensure the strongest possible pandemic recovery in those parts of the world that are embarking on such a phase, gender equality must be a central priority. Indeed, addressing gender inequality could be a game-changer.

First, new research shows that women are less likely to be corrupt than men. In fact, some countries have hired women specifically to stem corruption. Second, studies show that societies that treat women badly are more likely to be poor and unstable. Third, the political empowerment of women is positively associated with higher human capital, especially health and education outcomes. Fourth, women govern and make decisions differently from men. They tend to be more collaborative and bipartisan, and some research shows that they sponsor not just more legislation than men but that this legislation is more likely to benefit women and children or address issues like education, health, and poverty. Overall, they build coalitions and reach consensus more quickly, and – because they are better at picking up on and listening to nonverbal cues and less likely to interrupt – they have more democratic leadership styles.

It seems that some of these lessons are finally being heard. Both the US state of Hawaii and the Canadian government have developed feminist pandemic recovery plans, which seek to address historic harms that are perpetuated by, male domination, gender-based violence, economic insecurity, and poor health. These are the kinds of innovations the world desperately needs for a future grounded in human rights, equity, justice, and security.