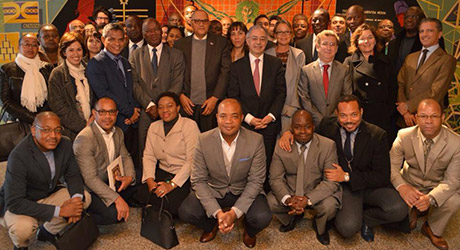 In a four-year implementation period, the project has strengthened and promoted oversight and civic monitoring of public finances, and contributed to greater budget transparency in the PALOP and Timor-Leste.

The Pro PALOP-TL SAI project promoted economic governance in ACP Portuguese Speaking Countries (PALOP and Timor-Leste) and strengthened the technical and functional competencies of the Supreme Audit Institutions, Parliaments, and Civil Society in the field of public financial management.

The project enabled the capacity-building of beneficiary institutions, the development of skills, know-how and knowledge of oversight stakeholders. Therefore, the project had a real impact on people’s lives, and the overall framework of public finance management and budget oversight in PALOP and Timor-Leste.

The Pro-PALOP-TL SAI Project aimed at strengthening technical and functional skills of Supreme Audit Institutions (SAIs), National Parliaments and Civil Society for the control of public finances in the PALOP and Timor-Leste (Pro PALOP-TL SAI). It was signed in 23 December 2013 between the European Union Delegation and the United Nations Development Programme Country Office in Cabo Verde for a four-year implementation period.

The project was fully funded by the European Union through the 10th EDF A envelope for a total amount of EUR 6.5 million, from which EUR 6.4 million were directly administrated by the UNDP Country Office and EUR 0.1 million were administrated by the European Union Delegation in Cabo Verde. The project carried out activities in support of, among others, Supreme Audit Institutions (SAI), Parliaments, Parliamentarians and Civil Society Organizations in Angola, Cape Verde, Guinea Bissau, Mozambique, São Tomé and Principe (PALOP Countries) and Timor-Leste.

The project used training as a tool to enhance skills and credentials of stakeholders for increasing public financial management capacity, and also established e-Learning platforms in Portuguese as a means of ensuring durable access to existing database and information. The project also contributed to establishing a first-time multi-country CSO PALOP-TL platform showcasing lessons and progress made by civil society organisations’ within the PALOP/CPLP Open Budget Initiative. Other activities aimed to promote sustainability, and to complement and support the OISC CPLP (Organisation of SAIs in Portuguese Speaking Countries Community) multi-country plan, as well as promote cooperation with the Training Institute for Financial and Economic Management in Portuguese Language (IGEF). IGEF is involved in training and capacity building activities at transnational level (joint learning involving actors from all beneficiary countries).

Improved access to information (in terms of availability of information, quality of the information available) is a pre-condition for effective public oversight and, consequently, for the achievement of the project’s key outputs. The project impact resulted from its successful exit strategy and the sustainability of its activities. Therefore, it was critical that the project beneficiaries developed synergies and dynamics that persisted after the end of the project. This was done through capacity development of human resources within national institutions. Such capacity development should target professional skills as well as the enhancement and development of in-house training capacities in the field of external control of public accounts and finances, in particular, Courts of Auditors in PALOP and Timor-Leste.

The overall objective was to promote economic governance in the PALOP and Timor-Leste (TL), and strengthening the technical and functional skills of SAIs, Parliaments, Parliamentarians and Civil Society (including media).

The specific objective was to improve the effectiveness of external political, judicial and civic control of public finances in the PALOP and Timor-Leste for a more efficient use of public resources. SAIs play an important role to prevent mismanagement and corruption. Therefore, whenever possible, the project also helped strengthen the links between SAIs and other oversight agencies, particularly with anti-corruption and procurement agencies.

The Pro PALOP-TL SAI project directly addressed good governance and democracy by strengthening the accountability systems, with external and independent control of public finances as the specific objective. As part of the action, responding to the right of citizens to information, and cross cuttingly supporting the promotion of gender equity in public spending yielded transformational results to be sustained beyond the project life cycle (among others, training and sensitization activities on gender equality addressed to Parliaments and CSOs). UNDP associated UN Women units at country office level in designing the Annual Working Plans (AWPs) and training activities.

ICT platforms and solutions played a central role in this strategy and were transversal to action (among others, use of videoconference and IT tools). Environmental issues will be taken into consideration in specific activities when appropriate and consistent with partner countries’ national strategies and priorities, such as the strengthening of oversight capacities in the natural resource extraction domain in Mozambique.

1. SAIs’ control and audit skills to oversee public expenditure in the PALOP and Timor-Leste were strengthened, through training workshops and seminars.
As a result, it was possible to build capacities through knowledge-sharing, and promote good practices among SAIs in the PALOP and Timor Leste to increase and improve their external and independent control on the management of public accounts and expenditures. In accordance with the project’s multi-country intervention logic this strengthening process will be articulated fostering the south-south cooperation, in the framework of existing cooperation initiatives within the CPLP and new peer learning and exchange of experiences.

2. Parliaments and Civil Society oversight capacities over public finances were developed for an informed analysis of public finances in the PALOP and Timor-Leste, through training workshops and seminars.

This achievement involved improving political and civic oversight of government action and public expenditure to meet democratic principles complying with standards of publicity and credibility. The multi-country context of the PALOP and TL will promote the establishment of peer review mechanisms benefiting Parliaments and Civil Society Organisations in a context of comparative experience and enhanced access to information.