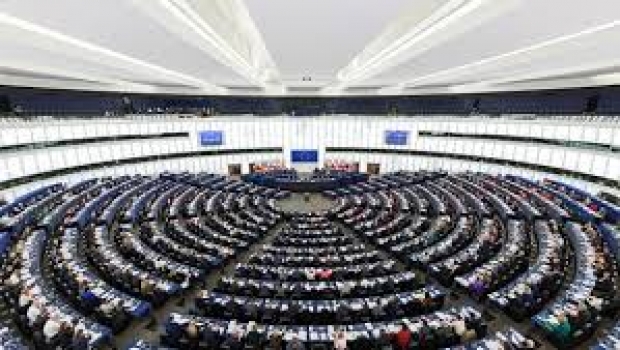 The European Parliament's industry committee voted on Thursday to back a compromise for reforming the European Union's carbon market, favoring a Commission proposal on the speed for removing permits from the market.

The committee voted 45 to 13 for a package of measures aimed at tightening the amount of carbon permits overall as part of the EU's policy of implementing a landmark global climate deal, the Paris Agreement.

The EU's Emissions Trading System (ETS) is designed to make big polluters in Europe, such as power companies and industry, pay for their emissions. However, a surplus of carbon credits following the economic crisis has weakened prices. The report will feed into debates in the European Parliament's environment committee, which is tasked with the bulk of the reform.

The industry committee backed a proposal for a 2.2 percent annual rate for removing carbon permits from the market from 2020 to 2030. This was criticized by environmental groups for not being tough enough to help meet EU emissions targets. Lawmakers stuck with the EU executive's proposal for allocating permits to industry perceived to be at risk of relocating abroad to avoid the burden of climate taxes.

Under the Commission's proposal, energy-intensive industries would be divided into two categories, with sectors considered "at risk" receiving allowances covering 100 percent up to a benchmark value based on the cleanest plants, and the rest 30 percent.

That would meet a key demand of a group of 15 European energy-intensive industry associations, which had called for the rejection of an alternative proposal for a tiered approach, which would add more categories of allocations of free permits to industries.

The cement lobby welcomed the deal as balanced. Lawmakers also proposed not to hand out free permits to sectors not seen as at risk of relocating - a move viewed as bullish for the market, analysts for Thomson Reuters Point Carbon said.

However, they approved allocating up to 5 percent more free allocations to industry affected by a trigger mechanism known as the correction factor that cuts permits across all sectors if the total meted out by nations exceeds EU law. These would be taken from the share of permits to be auctioned. The committee also agreed to cancel 300 million allowances from the Market Stability Reserve (MSR), which soaks up surplus permits, and called for a higher threshold of 50,000 tonnes for small emitters to opt out of the system.

Lawmaker Ian Duncan, who is shepherding the changes through the European Parliament, described the overall report as a sensible compromise.

Parliament's Environment Committee is scheduled to vote on the reforms in December while a plenary vote is due early next year, probably in February. The benchmark EU carbon price was trading at 5.56 euros a tonne, after earlier rising to a session high of 5.68 euros.

This Article has been cross-posted from; http://www.reuters.com/article/us-carbon-eu-vote-idUSKCN12D119