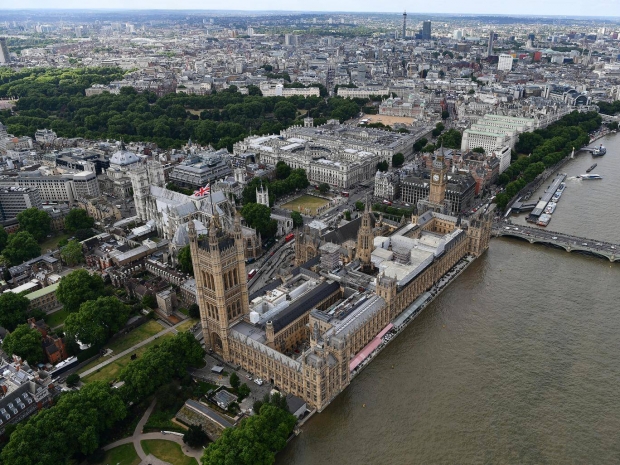 London came to Washington on Thursday as an entire 11-member U.K. House of Commons select committee on digital, media, culture and sport held the House of Commons' first live broadcast hearing outside of the U.K.

The hearing focused on social media, fake news, and alleged Russian meddling in the 2016 U.K. referendum to leave the European Union. The trip included a stop in New York to meet separately with several media and technology executives as well as a meeting with Senators Richard Burr and Mark Warner, the heads of the Senate Intelligence Committee, who have held their own hearings about Russian influence on the 2016 U.S. election.

The day-long affair, held in a ballroom at the George Washington University, also gave the members of parliament an opportunity to scold the various representatives from Facebook, Google, YouTube and Twitter. Committee members expressed frustration at what they portrayed as the companies' lack of transparency and unwillingness to investigate, without prompting, the degree to which foreign agents used their platforms to influence the 2016 Brexit referendum.

At one point chair Damian Collins ripped into Facebook's U.K., Middle East and Africa policy director Simon Milner and head of global policy management Monika Bickert for suggesting Facebook was not responsible if foreign actors paid for political ads relating to U.K. elections on the platform -- something which is technically illegal in the U.K.

"If Facebook was a bank and someone was laundering money through that bank, the response wouldn't be 'we're just the platform through which this laundering is taking place.' That bank would be closed down. People would face prosecution," he said.

Facebook, which agreed in January to expand its investigation into potential Russian meddling around Brexit, announced at the hearing the results of that investigation would be submitted to the committee at the end of the month. The social media site also announced it will soon introduce a new system to allow people to see all Facebook advertisements being bought by parties and candidates.

Though Twitter previously said that it had not found strong evidence to suggest the Kremlin-linked Internet Research Agency attempted to meddle in the Brexit vote, at the hearing a representative for the company announced that it has found 49 accounts connected to the IRA which sent messages about Brexit.

Last year the company told U.K. legislators that the only Russian interference during the 2016 election was a handful of ads sponsored by the Russia Today television network.

"We can now update the committee that our broader investigation identified a very small number of suspected Internet Research Agency-linked Twitter accounts," Nick Pickles, Twitter's U.K head of public policy, said. "Forty-nine such accounts were active during the referendum campaign, which represents less than 0.005% of the total number of accounts that Tweeted about the referendum. These accounts collectively posted 942 Tweets, representing less than 0.02% of the total Tweets posted about the referendum during the campaign... these are very low levels of engagement."

Collins told CNN after Twitter's testimony that academic experts have found evidence of far more Russian-controlled accounts tweeting about the Brexit referendum, which leads him to believe Twitter is not doing enough research itself.

"I think our instinct would say that number is far higher than 49 accounts. We've requested this information from the company and they consistently respond in a very narrow way," he said.

Juniper Downs, YouTube's head of global public policy, announced at the hearing that the video site, which is part of Google, found no evidence of accounts linked to the Russian government paying for Brexit-related ads on its platform, but agreed to look further into the matter.

The hearing is part of a larger inquiry the committee is undertaking as part of a report to Parliament it will release in early April. But the hearing and its accompanying trip to New York have come under some criticism back home over the cost of flying the 11 members of Parliament and three staff members from London to the U.S., compared to inviting witnesses to a hearing in London.

Collins said the tech companies were not willing to send their top people to London and that the other meetings surrounding the hearings were a valuable part of their inquiry.