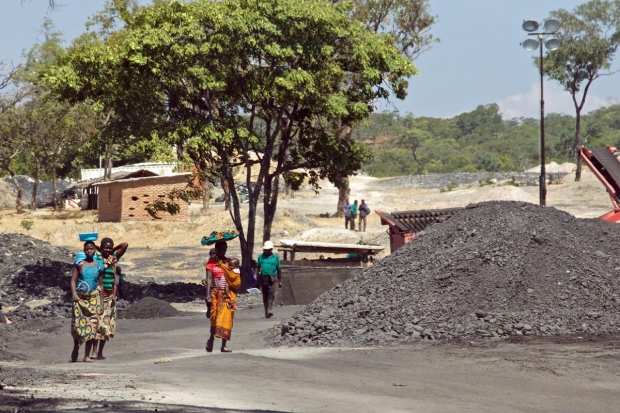 Malawi’s parliament adopted the bill with amendments on December 14, 2016. It was sent to President Peter Mutharika the week of January 16, 2017. It will enter into force once signed by the president and published in the official Gazette. The Malawian Natural Resources Justice Network has been advocating for more than a decade for access to information that helps communities make informed decisions and hold duty-bearers accountable in the extractive industries.

“The new law means that people in Malawi’s mining communities should be able to get vital information they need to protect their lives and livelihoods,” said Katharina Rall, researcher at Human Rights Watch. “The president should sign the law, and the government should act quickly to put it into effect.”

In a 2016 report, Human Rights Watch documented that families living near coal and uranium mining operations face serious problems with water, food, and housing, and that the families in the area have been left in the dark about health and other risks from nearby mining operations. Human Rights Watch found that Malawi lacks adequate safeguards to ensure that development efforts are always consistent with protecting the rights of local communities, and that weak government oversight and a lack of information leave local communities unprotected.

Residents in mining communities and non-governmental organizations in Malawi said that they could not get sufficient information about planned mining operations and any associated risks, fueling concerns about serious respiratory diseases, and other health and environmental impacts. The government told Human Rights Watch that it monitors the impact of mining but that it does not release the results to affected communities.

“Mining communities we work with applaud parliamentarians for passing the Access to Information Bill, which could also help push the government to release information about the oil and gas exploration around Lake Malawi,” said Kossam Munthali, Chair of the Natural Resources Justice Network. “Without information on the government’s position, civil society groups are unable to assess the potential risk that oil exploration poses to the lake and land or to engage on this issue.”

Since 2011, the government has awarded six petroleum exploration licenses, three of which cover the lake. Attorney General Kalekeni Kaphale expressed concerns over irregularities in the licensing and contracting process. Malawian non-governmental organizations have repeatedly asked the government for information about the status of the exploration and contracts but have not received a response.

In November, the Natural Resources Justice Network and Publish What You Pay Malawi, which represent the overwhelming majority of civil society organizations working on the extractives in Malawi, wrote to the UNESCO WOrld Heritage Committee asking it to press the Malawi government to provide information to the public about the planned oil exploration in Lake Malawi National Park. The World Heritage Committee notified the Malawi government that it should comply with its obligation to submit its overdue progress report to UNESCO, that should include this information, by February 1, 2017.

The provisions of the new information bill, if adequately implemented, could ensure that Malawians would be able to request and obtain the information they need from all government authorities as guaranteed by the Constitution. An analysis by the Centre for Law and Democracy from February 2016 using the RTI Rating, a comparative tool for assessing the strength of right to information legislation, found that if passed, the law would be the 15th strongest in the world.

The bill states that the information law will prevail in cases of conflict with other legislation, preventing the government from citing other laws that prohibit disclosure of information, such as any current or future mining-related legislation. The bill also addresses concerns raised by Malawian non-governmental groups about previous drafts. The bill says that the Malawi Human Rights Commission, the national human rights institution, will handle the oversight and appeals function of the law. The bill tasks the commission with disseminating information about how citizens can claim their right to know and with carrying out monitoring and evaluation procedures.

“Among the most important components in a successful right to information system is effective and independent oversight,” said Michael Karanicolas, senior legal officer at the Centre for Law and Democracy. “Having allocated these crucial responsibilities to the Human Rights Commission, Malawi’s government should also make sure that the commission has additional resources and capacity, as required, to perform this role.”

This Article has been cross-posted from HRW News