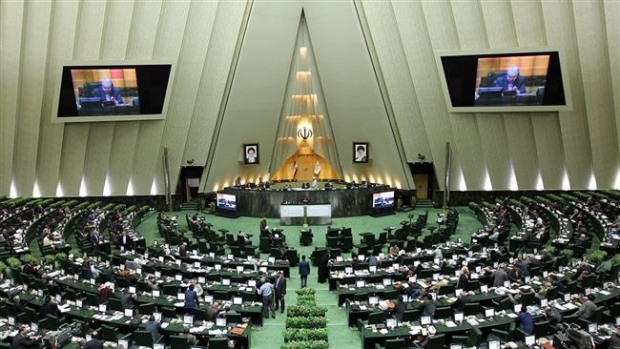 Fifty legislators have joined forces to establish a new faction in the Iranian Parliament dedicated to defending citizens’ rights.
The new faction, the first of its kind in Iran, has been named the Civic Rights Faction (CRF) and is tasked with following up cases related to the rights of children, women, religious minorities, media staff, political activists, and ethnic groups.
The leader of the newly formed faction, Abdolkarim Hassanzadeh, told the Iran Students News Agency (ISNA) on November 4 that a board of governors has been elected.
The members of CRF, many of them Sunnis, are all reformist MPs under the umbrella of a larger pro-reform faction called Omid (Hope).
CRF’s responsibility, according to Hassanzadeh, is helping to implement an initiative by President Hassan Rouhani known as the Charter on Citizens’ Rights and promote respect for human rights through overseeing and passing laws.
Hassanzadeh said the CRF will have joint sessions and share ideas with Rouhani’s special aide in charge of citizens’ rights and follow up human rights cases with relevant members of the cabinet.
Rouhani signed the Charter on Citizens’ Rights on December 19, 2016.
Parts of the initiative are expected to ban harassment and discrimination against religious minorities and members of various ethnic groups. It also emphasizes the necessity for respecting the rights of women and minorities.
The charter is a draft bill that still needs to be passed by the parliament and thus contains no specific enforcement guarantees.
Nevertheless, Rouhani’s initiative elicited outrage from his opponents and close allies of the Supreme Leader.
Ultraconservative Ayatollah Mohammad Yazdi, a member of the influential Guardian Council, dismissed the charter as “presidential campaign propaganda” that is “against the law.”
Rouhani fired back on August 30, saying, “We have not adopted the Charter on Citizens’ Rights for election propaganda. It was compiled to provide an atmosphere of freedom, safety, and security for the people.”
Even from his first term as president Rouhani had promised to present the charter to the parliament within the first 100 days of his presidency. After nearly four and a half years, however, the promise remains unfulfilled.
Many conservatives, including the head of judiciary, Ayatollah Sadeq Amoli Larijani, are still unhappy with the initiative, saying it contradicts Shari’a religious law by creating a parallel institution to the existing High Council for Human Rights.
Legal experts have also noted that Rouhani’s administration lacks sufficient power to implement the charter and that it is just a symbolic document.
Despite his overtures regarding the charter, Rouhani avoided nominating Sunnis or women to positions in his new cabinet and government.
Human rights organization and the U.N. Special Rapporteur on Iran have cautiously welcomed Rouhani's initiative but have demanded concrete action and improvements regarding human rights in the country.
Conservative attempts to impose more restrictions on religious minorities have significantly increased since Rouhani’s second term as president began in early August.
Recently, a Zoroastrian, Sepanta Niknam, had his membership in the City Council of Yazd suspended under pressure from the Guardian Council and its clergy members.
Even members of constitutionally recognized religions such as Zoroastrianism, Judaism, and Christianity are deprived of the right to serve in high positions. Baha’is have also been targets of blatant discrimination, denied even the basic right to education.
Meanwhile, as the charter has apparently been shelved, Iran -- along with China and Turkey -- is still described as the largest prisons for media staff.
Crossposted from: https://en.radiofarda.com/a/iran-parliament-citizen-rights/28837617.html