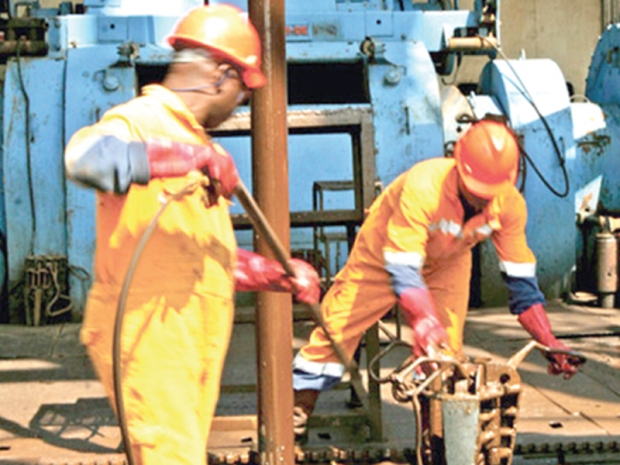 Parliament's Public Accounts Committee (PAC) has urged the Petroleum Commission to expedite action on developing the required local technical skills that will enable the country to take control of the production and management of its petroleum resources.

In a bid to increase local participation in the sector, the committee also advised the commission to support local firms to raise capital to enable them to increase their shareholding in future oil blocks.

This was contained in the committee’s report on the performance audit report of the Auditor-General (AG) on the implementation of local content in the oil and gas sector of Ghana.

The AG established in his audit that there was currently shortage of relevant skills in the industry due to the lack of practical experience in the oil and gas sector operations.

The commission, when it appeared before the committee, admitted the problem but indicated that based on the outcome of a human resource analysis carried out in 2014, it introduced the Ghana internship upstream programme to address this challenge.

The aim of the programme was to second graduates to International Oil Companies and service companies for a period of six to 24 months to enable them to gain industry experience.

Espousing the successes of the programme, the commission said it seconded 10 graduates to Tullow for a period of one year to work on the TEN project.

After completion, some of the graduates were retained by Tullow and the rest were employed by other institutions in the sector.

The committee was also informed that the commission in 2016 undertook a nationwide exercise to select an additional 150 graduates for the internship programme, with 41 of them already placed and arrangements being made to place the rest.

To further integrate practical training in oil and gas into the educational system, the commission has also begun a vocational programme where artisan and technicians trained in technical institutions would be seconded to service companies to gain industry experience.

Skills and capacity of local companies

The Chief Executive Officer of the commission, Mr Egbert Faibille, explained that it had conducted a value chain analysis to identify job areas where local firms could effectively compete.

Based on the outcome of the analysis, he said it had reserved goods and services for indigenous companies as the areas they had the capacity to compete.

Consequently, he said the commission had taken steps to ensure that tenders for such goods and services were participated by only Ghanaians.

To further improve the capacity of local enterprises, he said it organised workshops and seminars to educate companies on the rudiments and requirements in the industry and assist in building capacities in the industry.

The chief executive also pointed out that the proposed local content fund would ensure access to finance by indigenous companies.

He said the commission was in the process of developing the modalities for the establishment and implementation of the fund.

Mr Faibille also lamented the current practice where most indigenous companies prefer to import items when contracts are awarded to them instead of establishing facilities to undertake production locally.

He also noted that unlike the international oil companies, taxes on importation of petroleum equipment were not waived for indigenous companies - something he said increased their cost of production and made them uncompetitive.

The committee pointed out that the reliance on importation by local firms as against in-country production could derail the laudable objectives of the local content policy by shifting most of the profits to foreign entities operating outside the shores of the country.

It also indicated that the restriction of tax waivers on the importation of petroleum equipment to only international firms was discriminatory and did not promote the competitiveness of local firms to bid for the supply of such equipment.

The committee, therefore, recommended to the Minister of Energy to initiate steps to ensure that the tax incentives granted to international firms were also extended to the local ones.

That, it said would further boost the local content drive. — GB