Gambia: Parliament commends ECOWAS for timely intervention in The Gambia 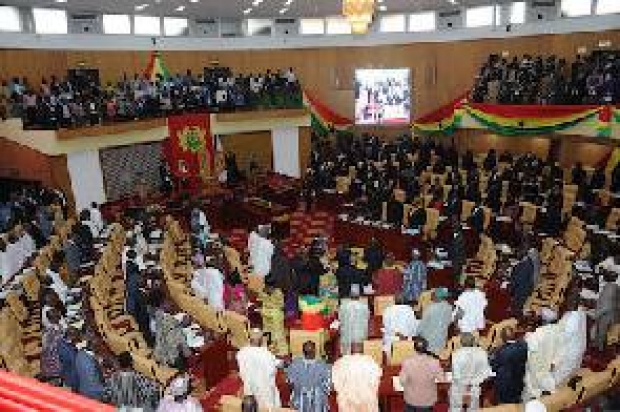 Parliament has lauded ECOWAS for its timely intervention in resolving the stalemate in the aftermath of the elections in The Gambia with the deployment of troops which compelled Alhaji Yayah Jammeh to step down.

Members of Parliament (MPs) further expressed appreciation to the ECOWAS troops for not employing military intervention to oust the former Gambian President and as a result saving the people of that country from the consequences of a bloody aftermath.

The debate came up for discussion yesterday on the floor of Parliament, when the MP for Efutu, Mr Alexander Afenyo-Markin, made a statement that a perennial challenge to the peace and security in the sub-region was dispute over election results.

He said in the past decade, animosity arising out of political disagreements particularly with regard to elections led to violence and that efforts at intervening in such conflicts were sometimes done without conviction.

Mr Afenyo-Markin said it was pleasing to note that even after Mr Jammeh’s departure, there were still ECOWAS troops in The Gambia to safeguard peace and security.

Contributing to the debate, the Minority Leader, Mr Haruna Iddrisu, urged the new Gambian government to work towards reforming the electoral laws in the country in order to protect the electoral system.

According to him, it was more gracious for losers inn an election to accept defeat and victors considerate in victory. He said electoral reforms in The Gambia must spell out clearly how long a president must stay in office.

He said Ghana demonstrated high political maturity when power was peacefulyl transfered to a new crop of leaders, with former President John Mahama being given a role by the new government to mediate in The Gambian crisis.

The Deputy Majority Leader, Ms Sarah Adjoa Safo, expressed concern over leaders in the sub-region who refused to step down after losing elections.

She said such development painted a gloomy picture about the ECOWAS sub-region in particular and Africa as a whole.

Ms Safo underscored the need for African leaders to conduct themselves in a manner that would not compromise the peace and security of their respective countries and endanger the lives of women and children who suffer the most when there was conflict.

The MP for Okaikoi Central, Mr Patrick Boamah, was of the view that the sub-region was resource constrained, a situation that made it difficult to effectively deal with conflicts when they arose.

He therefore, called on leaders in the sub-region to address the issue as a matter of urgency especially as Liberia prepared for the polls in October this year.

The MP for Tamale Central, Alhaji Inusah Fuseini, said it was the collective resolve of African leaders not to condone dictatorship in the sub-region and as such it was incumbent on all to respect the will of their people.