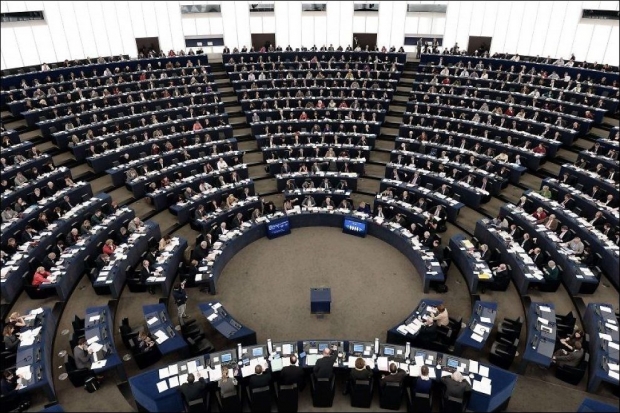 The leaders of political groups, which together have a broad majority in the European Parliament, criticised the UK's offer on citizens' rights as a “damp squib” that risks “creating second-class citizenship”.

The MEPs said the rights of non-UK nationals need to be better protected after Brexit than the proposal now on the table, otherwise they might veto the deal.

“The European Parliament will reserve its right to reject any agreement that treats EU citizens, regardless of their nationality, less favourably than they are at present,” the MEPs wrote in an open letter published on Sunday evening (9 July) on the Guardian website.

They also noted that they would not support any extension of the 30 March 2019 deadline for the Brexit talks because, otherwise, the UK would have to hold EU parliament elections two months later – something the MEPs called “simply unthinkable”.

The letter was authored by Guy Verhofstadt, the leader of the Liberal group (Alde) and the parliament's Brexit coordinator.

It was co-signed by the leaders of the centre-right European People's Party (EPP), Manfred Weber, the centre-left Socialists & Democrats, Gianni Pittella, the Greens, Ska Keller and Phillippe Lamberts, and the far-left GUE/NGL group, Gabi Zimmer.

Together, they represent 77 percent of the parliament's seats.

Notably absent from the signatories was anyone from the European Conservatives and Reformists (ECR), the third-largest group in the parliament that is dominated by the British Conservative party, and Poland's Law and Justice party (PiS).

The letter was published two weeks after the UK gave more details about citizens' rights.

UK prime minister Theresa May said the proposal would give more than 3 million EU citizens living in the UK “reassurance and certainty”.

“No families will be split up,” May promised.

But the MEPs in their letter said the proposal “would cast a dark cloud of vagueness and uncertainty over the lives of millions of Europeans”.

A lot it still unclear, they said.

“Will European students have to pay more – even after they have applied for the first post-Brexit academic year of 2019-2020? Will doctors enjoy continued and guaranteed recognition of their qualifications in the UK? Why are frontier workers, who work in the UK but live in the EU, not mentioned at all?”

The MEPs also took a jab at the UK for the proposal to have family members apply separately to acquire “settled status”.

In what seems like a reference to traditional UK criticism of the EU, the MEPs said that “Britain wants to become the new champion of red tape”.

The EU's chief Brexit negotiator, Michel Barnier, will meet with the UK side for a second round of talks next week.

On Monday, Bloomberg reported that more than a third of businesses want a so-called soft Brexit, with the UK staying in the EU single market and customs union, according to a poll of 2,400 companies.

In the survey, only 2 percent of British businesses said that they would find it acceptable if the UK left the EU without a deal.