Home :: News :: COP23 president Bainimarama to ‘reach out’ to President Trump over climate

COP23 president Bainimarama to ‘reach out’ to President Trump over climate 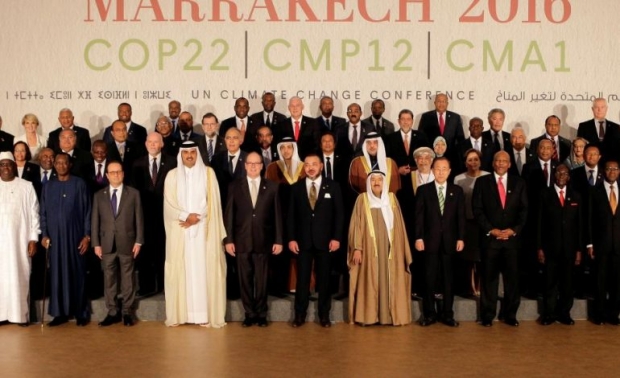 Fijian Prime Minister and incoming COP23 president Voreqe Bainimarama says he intends to use his position to reach out to US President Donald Trump to find common ground and move the global agenda forward on Climate Change.

“It is no secret that the United States federal administration under President Trump appears to be less enthusiastic about the Paris Agreement,” Bainimarama told the Fiji Parliament this week.

He said during their meeting with United Nations top climate change administrator Patricia Espinosa last week in Suva, both agreed that the world cannot afford to drop the ball at this critical stage.

“More than 120 countries have so far ratified the Paris Agreement, pledging their commitment to address the issues of climate change and to also reduce their carbon emissions so that we can keep the global temperature as close as possible to one-point-five degrees above that of the pre-industrial age,” Bainimarama said.

“But as you all know, there are worrying signs that the momentum for decisive action may be slowing.”

“As incoming COP president, I also intend to work closely with some of the big players such as China, India, the European Union, Japan, Canada, Indonesia, Saudi Arabia, the UAE, Australia, New Zealand and others to keep the momentum rolling.

“And, of course, to work closely with our Pacific Island neighbours, international NGOs, civil society and the private sector.

‘Representing the world’
“My brief as incoming COP president is to represent the interests of the entire world. To be impartial and achieve consensus between all parties on the best way forward.

“But it is only natural that as Fijians we have a special interest in the needs of Small Island Developing States in our own region and beyond.”

Bainimarama said in the lead-up to the main COP gathering in Bonn in November, Fiji intends to hold a “Climate Champions” meeting in Suva.

“And bring Pacific leaders, NGOs, civil societies and representatives of the private sector together to discuss a common agenda for COP.

“And then in October, a month before Bonn, we will host a pre-COP gathering in Denarau of many of the major players to hone our approach to the main event itself.

“As the year progresses, we will be making a special effort to engage the Fijian people – and especially our young people and our artists – in the COP process. And that engagement has already begun, with the advertisement on Saturday calling for ideas for the COP logo.

“We are putting together a dedicated Fiji Secretariat to make preparations here in Fiji and to liaise with the UN Climate Change Secretariat in Bonn.

Team effort
“Our UN friends have stressed that this is a team effort in which Fiji will work closely with them and the German Government to make COP 23 an unqualified success. And we have hired the same expert team of consultants that assisted Morocco with its successful hosting of COP22.

“As to meeting the cost of our commitment, we have already begun the task of raising the necessary funds in the form of donations from an array of nations and foundations.

“These funds will be deposited into a trust fund here in Fiji that we are establishing with an Act of Parliament. The Bill setting up the fund will be tabled this week,” Bainimarama told Parliament