Syria: Parliament ratifies Paris Climate Accord, leaving US as only no...

Syria told the UN climate talks in Bonn on Tuesday that it would join the Paris Agre...

As part of its commitments to the Paris Agreement, South Africa will introduce a climate cha...

COP23 president Bainimarama to ‘reach out’ to President Trump over cli...

Talking Point: People create the climate for the good life

To read more on this subject:
climate portal, climate parliament network, ratification, Paris Agreement, COP21, COP22
Home :: Interact :: Blog :: What Parliaments can do about climate change and the Paris Agreement

What Parliaments can do about climate change and the Paris Agreement 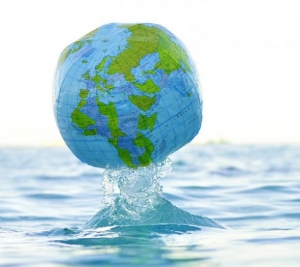 On November the 4th 2016, exactly one month after the deposition of the ratification’s instrument of the 55 parties accounting for 55% of global greenhouse gas emission and just a few days before the official launching of COP 22 in Marrakech, the Paris Agreement entered into force. Setting their political and economic differences aside, the 193 parties agreed to reduce their gas emission to restraint global warming within the scope of 2°C and to pursue efforts to limit the temperature increase to 1.5°C. In order to fulfill their commitments, governments will have to work closely with civil society and to cooperate with both the public and the private sectors, civil society and communities. At the very heart of this joint effort, what role can parliaments play?

First and foremost, parliaments have been essential in ensuring that their countries ratified the Paris Agreement. In most countries, parliament is required to give its autorisation before the head of state or the executive ratify any international agreement. Such is the case, for instance, in Brazil and Senegal. For some other countries, like the United States and Benin, the ratification of treaties falls under the sole responsibility of the head of state or government and does not require parliamentary approval.

Regardless of constitutional provisions, it is in the parliamentarians’ power to set the ratification of the Paris Agreement on top of the political agenda. Through debates, questions or letters to the government, memorandums or parliamentary motions, assembly members have at their disposal multiple tools to recall the urge to ratify the Paris Agreement. For example in the United Kingdom, Angus MacNeil, the chair of the energy and climate change select committee, has regularly pressed the government to ratify the treaty.

Besides pushing for a timely ratification of the treaty, members of parliaments should collectively and individually endorse the core purpose of the Paris Agreement, being the action against climate change. On the national level, parliamentary committees should dedicate time and resources to evaluate and inquire about the energy and environmental policies implemented by the government. Many parliaments have established dedicated commissions or cross-party caucuses and groups on climate change issues. Their work may embrace climate mainstreaming which means that any policy submitted to the vote of the parliament shall be systemically assessed from the climate change perspective. For instance, in New Zealand, the parliament voted in 1986 the creation of a Parliamentary Commissionner for Environment. This officer’s mission is to review environment-related activities of the executive and report to the parliament.

What is more, MPs can leverage the link to their consituencies to raise awareness on climate change. They can use various outreach and engagement tools to inform the public about the dangers of global warming and of the solutions to mitigate and adapt to its impact. As representatives of the people, parliaments can also use such tools to seek the input of constituents on an ongoing basis at both the local and national levels, to gain insight from their experiences and to ensure that the laws passed and the monitoring conducted by parliament are reflecting such interests and concerns. From holding public consultations on energy policies through organizing (local) public forums to forming partnerships with civil society, parliamentarians can promote a wide range of initiatives on climate, including local-based ones. One an example can be found in Uganda where the parliament has recently created an inter-ministerial parliamentary committee on clean cooking to promote the usage of clean cooking technologies throughout the country. With the help of civil society and NGOs such as Good Fire and Uganda National Alliance on Clean Cooking (UNACC),  the parliament held this summer in Kampala the 4th baraza (Swahili for council) dubbed "Clean cooking sector: Current marketing and challenges.”

In addition, parliaments have a role to play in the fulfillment of their countries’ Nationally Determined Contribution (NDC) whereby States committed themselves to reduce their greenhouse gas emissions. For instance, in its INDC's planning, Cote d’Ivoire outlined several measures which would be partly implemented via the parliament, such as the adoption of legislative texts related to the implementation, the monitoring and the evaluation of the NDCs, the integration of climate change into the national development plans (NDP) and the mainstreaming of climate considerations into all sectoral and local policies.

Fighting climate change is a global challenge that requires each and every of us to get involved  in our daily lives. As representatives of the people, members of parliament can push their governments to ratify the Paris Agreement but also contribute collectively and individually to finding creative solutions that will help society to adapt and mitigate the impact of global warming.

To learn more about parliaments and climate action, visit our dedicated Area of Expertise on AGORA here .

To explore how parliaments can take more effective and responsive action on climate change by strengthening their engagement with civil society, check out our e-learning course “Parliaments, Civil Society and Climate Change ”.

For a more detailed overview of oversight instruments parliaments can take on climate change, see our « Climate Change and Energy for Parliamentarians » training toolkit. This toolkit has been developed to facilitate trainings on climate change and energy for MPs. It presents comprehensive introductions to the core issues and offers discussion questions, parliamentary action points and relevant resources.