Report on Gender Mainstreaming in the work of the European Parliament
National Assembly of the Islamic Republic of Afghanistan: Self-Assessment Framework 15 October 2014
Baseline Assessment of the Committees in the Parliament of Trinidad and Tobago
Capacity Building to Strengthen Good Financial Governance in Southern and Eastern Africa - The World Bank and GIZ/ 2010 – 2014
UK: Office for Budget Responsibility - Commons Library Standard Note
Manual on Budget Oversight for Kosovo Assembly Committees
The Public Accounts Committee of the Parliament of Ghana
The Public Accounts Committee of the Parliament of Ghana
Guideline for Legislative Oversight through Annual Reports
Parliaments and Reconciliation: The Role of Committees and Post-Conflict Arab Parliaments

Parliament is scheduled to adopt adjustment laws after ch...

South Africa: Parliament Is Creating A Committee To Investigate Party... 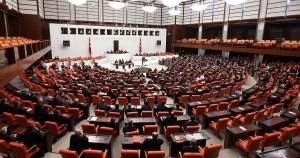 On July 21, the Turkish Parliament’s constitutional committee passed a bill that criminalized mentioning the Armenian Genocide in Parliament.

The bill that was submitted for debate by the ruling Justice and Development Party (AKP) and the Nationalist Movement Party (MHP) requires a number of changes in the internal rules of procedure of the legislative body.

In addition to banning the mentioning of the Armenian Genocide, lawmakers are also banned from using the terms “Kurdistan” and “Kurdish regions.” The goal of the bill is to punish lawmakers who break the rule by “insulting the history and common past of the Turkish people.”

The Democratic People’s Party left the hall in protest. Examples of punishments include suspension from parliamentary sessions and a deduction of salary.

Selina Özuzun Doğan, a Republican People’s Party parliamentarian who is also of Armenian ethnicity, also opposed the bill, saying that while nobody should insult Turkish people’s history, other people’s history should also never be insulted.