To read more on this subject:
budget, budget oversight, Africa

BELFAST/DUBLIN (Reuters) - The British government is to impose a budget on Northern Ireland...

United States: Senate Republicans Pass Budget Bill
WASHINGTON — With a vote of 51 to 49, Republicans in th... 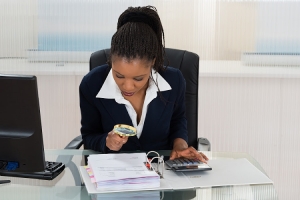 Budget offices are a crucial bridge between the highly technical knowledge of finance departments and the MPs who must hold politicians to account.

Close scrutiny of government spending and revenue collection is key to Parliament fulfilling its constitutional mandate of maintaining oversight over executive action and policy implementation.
The parliamentary budget office, established in 2013, is a way to enhance this oversight. The Money Bills Amendment Procedure and Related Matters Act of 2009, made its establishment possible and also established Parliament’s standing and select committees on finance and standing and select committees on appropriations.
The act, with its genesis in the Constitution’s provision that: "an act of Parliament must provide for a procedure to amend money bills before Parliament", has empowered Parliament to make adjustments to the budget as a whole, as well as to the budgets of specific national government departments and entities.
Before the act, Parliament could either approve or reject the budget, not make adjustments to it. The act places great responsibility on Parliament. This responsibility has begun to reframe the nature of the relationship between Parliament as the legislature and the executive as the custodian of service delivery. Parliamentary oversight of the budget has become a continuous exercise, and has been enhanced — as has public participation in the budget process. This is in keeping with recognition in the Constitution that it is necessary for Parliament to engage actively with the budget process, in the interests of good governance and financial transparency. Supporting this, the Parliamentary Budget Office provides independent, objective and professional research, advice and analysis to Parliament’s four standing and select committees on finance and appropriations, and to other committees of Parliament on specific issues.
As the chairperson of one of the committees remarked: "The finance issues we deal with can be technically very complex. The parliamentary budget office, if you like, helps to level the playing field between MPs and a technically very sophisticated National Treasury with more staff and resources."
The parliamentary budget office has, for instance, provided macroeconomic updates on the budget in advance of the budget speech to the standing and select committees on finance and appropriations. In January 2016, it provided a report and analysis on the sustainability of the current social grant system, using data from Treasury, Statistics SA and other sources, outlining several scenarios and identifying key areas for monitoring risk. In March this year, the parliamentary budget office produced a report and analysis of Eskom’s financial position, finances and energy choices for new generation. There was also a report on university funding and fees.
MPs can use the information of these kinds of reports to make policy and legislative recommendations, and to enrich their oversight of executive action. Policy imperatives, after all, should be reflected in the budget as a whole, and the budgets of national government departments and entities.
Research has shown that meaningful public participation and parliamentary oversight of budget processes increases social ownership of the budget and effective allocation of funds, while reducing waste.
There is also wide agreement that the specialist, independent, objective and technical research and analysis available from budget offices is useful and helps to enhance transparency in how public funds are managed.
A number of other countries also have parliamentary budget offices. These include Kenya, Uganda, the UK, the US, Australia, South Korea and Mexico. But the environments in which these offices operate are not simple or always easy.
The US Congressional Budget Office was established more than 40 years ago to provide independent technical advice to reduce the reliance of Congress on analyses from the President’s Office of Budget Management. It came under fire recently in the highly charged debate over the repeal of the Patient Protection and Affordable Care Act, popularly known as Obamacare, by the Republican Party and President Donald Trump. This was after Congressional Budget Office reports estimated that changing the law to repeal Obamacare could cause millions of Americans to lose health cover or significantly increase costs to those who have cover.
SA’s parliamentary budget office has been taking part in global networks of parliamentary budget offices and was a founder of an African network for information sharing, benchmarking and capacity building, which held its inaugural annual conference last year.
This week it hosts the second conference of the network, with delegates expected from countries in Africa and across the world — from parliamentary budget offices, international organisations supporting legislatures’ oversight of public funds, MPs, the provincial legislatures and institutions supporting democracy.
The theme for this year’s conference is focused on how parliamentary budget offices contribute to development in Africa.
Cross posted: https://www.businesslive.co.za/bd/opinion/2017-08-14-how-parliamentary-b....