PHNOM PENH (Reuters) - Cambodia’s parliament on Wednesday unanimously adopted a law that for...

Richard Di Natale is the only leader of the three major parties to support the call from Abo...

One of Europe’s leading human rights bodies has put Turkey back on a watchlist over “serious... 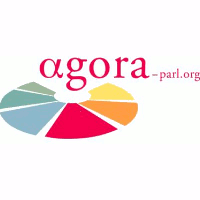 Widespread human rights violations associated with extractive projects on the lands of Indigenous peoples pose a serious challenge to sustainable development. As an expanding sector and a potentially important contributor to GDP, extractive industries are at the centre of many countries’ development strategies. However, while benefits from extractive projects accrue primarily on national and international levels, local communities bear most of the burdens involved. While extractive revenues can promote progress on some Sustainable Development Goals (SDGs), pervasive inequality across the extractive value chain jeopardizes progress on others and undermines the Agenda 2030 pledge to ‘leave no one behind’. Indigenous peoples are often under- or unrepresented in the political institutions that govern extractive industries and therefore have limited collective bargaining power to ensure the enforcement of their human rights. Parliaments are constitutionally mandated to represent all segments of society, making them uniquely positioned to safeguard the human rights of Indigenous peoples across the extractive value chain.

The right to self-determination. UNDRIP affirms that “Indigenous peoples have the right to self-determination. By virtue of that right they freely determine their political status and freely pursue their economic, social and cultural development.” It further asserts the right of Indigenous peoples to give their free, prior and informed consent to decisions that impact their lives. This consent needs to be acquired across all stages of the extractive value chain, from the decision to extract to implementation and benefits-sharing. In practice, this right is scarcely respected, and in cases where consultations do take place there have been widespread reports of coercion and manipulations. UNDRIP’s assertion that consultations should take place through Indigenous peoples’ own representative institutions is also frequently disregarded.

Forced displacement. Extractive projects often require the development of vast land areas, including infrastructure projects in surrounding areas to ensure access to extraction sites. Often, such projects on the lands of Indigenous peoples force displacement of the communities concerned. UNDRIP maintains that “Indigenous peoples shall not be forcibly removed from their lands or territories. No relocation shall take place without the free, prior and informed consent of the indigenous peoples concerned and after agreement on just and fair compensation and, where possible, with the option of return.” In many cases, this right is not respected.

Rights to subsistence. The disruption of ecosystems and loss of biodiversity can obstruct access to subsistence, which is inconsistent with UNDRIP’s assertion that “Indigenous peoples have the right (...) to be secure in the enjoyment of their own means of subsistence and development, and to engage freely in all their traditional and other economic activities.”

Cultural rights. UNDRIP states that “Indigenous peoples and individuals have the right not to be subjected to forced assimilation or destruction of their culture”. There are many factors that can contribute to the destruction of indigenous culture. Perhaps most importantly, forced displacement from ancestral lands deprives communities of their cultural reference points, and subsequent relocation to urban areas inevitably entails degrees of forced assimilation.

Right to life. In extreme cases, Indigenous peoples’ peaceful opposition to projects on their land have been met with violence, torture and killings. While rare, such fundamental human rights breaches do occur and when they do they are often decried by the international community. Still, such acts of violence act as a powerful deterrent for opposition and are in blatant disregard of UNDRIP’s assertion that “Indigenous individuals have the rights to life, physical and mental integrity, liberty and security of person.”

While UNDRIP was ratified in 2007, few countries have taken the necessary steps to implement it domestically. Two declarations by the Inter-Parliamentary Union—the 2010 Chiapas Declaration and the 2014 Declaration of Santa Cruz de la Sierra—encourage national parliaments to adopt domestic action plans for the implementation of UNDRIP. The IPU reports that only five countries have put in place a National Action Plan.

Representation: Indigenous representation in parliament would contribute to the protection of their human rights as detailed by international conventions. This can be achieved through:

Oversight: Through its oversight function, parliament acts as the watchdog of the policies and politics governing the extractive industries sector. Parliament can ensure that the implementation of programmes and policies by the government is carried out effectively and legally by monitoring government policies and actions, and by actively engaging with the governmental and non-governmental actors involved. This can be accomplished through the numerous oversight tools at the disposal of the parliament, including—but by no means limited to—committee work, the question period, public hearings, parliamentary debates, audit agencies and so on.

Law-Making: As in the case of the Philippines’ Indigenous Peoples’ Rights Act of 1997, national parliaments can legislate on Indigenous Peoples’ rights domestically. However, such laws can only meaningfully protect Indigenous peoples’ human rights if supported by robust oversight and accountability mechanisms.