Australia: Parliament loses 8th legislator in citizenship crisis
An independent Australian senator who is British by descent on Tuesday became the eighth l...

Pakistan: Transgender activists demand security, representation in par...
Expressing concern over the increase in violence against transgender persons across the co...

Australia: State Parliament Introduces Nation's First Laws to Rec...
An Australian parliament has moved to recognise and revive Indigenous languages for the fi...

Richard Di Natale is the only leader of the three major parties to support the call from Abo... 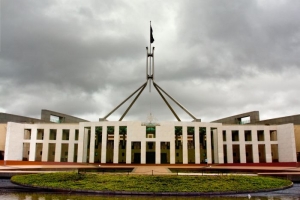 An Indigenous representative voice should be enshrined in the constitution, the prime minister’s Referendum Council has recommended, largely accepting the calls of the Uluru “statement from the heart”.

The final report, delivered to Malcolm Turnbull and Bill Shorten on Monday afternoon, recommends a referendum asking that “a representative body that gives Aboriginal and Torres Strait Islander First Nations a voice to the Commonwealth parliament” be included in the constitution.

Guardian Australia understands it also recommends all Australian parliaments pass a “declaration of recognition” to articulate a symbolic statement of recognition.

Sky News reported that one council member, former Liberal minister Amanda Vanstone, did not endorse the recommendations and wrote a dissenting report.

The council’s final report will essentially accept the calls for reform made by Indigenous leaders at Uluru in May.

The Uluru “statement from the heart” was the result of nationwide dialogues with Indigenous groups, leading to a three-day summit of 250 representatives, who ultimately rejected the symbolic idea of constitutional recognition.

Instead they called for a constitutionally enshrined Indigenous voice in parliament, and a Makarrata commission – using the Yolngu word for coming together after a struggle – to lead to a treaty.

It is believed the report acknowledges the importance of the call for a Makarrata, but rules it is outside the council’s scope of inquiry into constitutional change.

Turnbull will now have to decide whether to accept the recommendations of the council, which he and Shorten set up in 2015 and which has now disbanded.

The Uluru statement sparked division in parliament, and prompted rebukes from some conservative commentators and politicians, including the deputy prime minister, Barnaby Joyce, who initially said it wasn’t “saleable” to the Australian public.

The Sydney Liberal MP Craig Kelly told Guardian Australia on Monday the detail of the representative body proposal would be important to government MPs, and would “sway views”.

Kelly said he had concerns about the representative body. “I understand Indigenous people need representation, but I’m not sure the [council’s] idea holds.”

George Christensen has also criticised the proposal, and vowed to vote against it. However the minister for Indigenous health, Ken Wyatt, said in May he was confident the Uluru talks would lead to a referendum next year.

At the start of Monday’s meeting Turnbull said participants were not there to make a decision. He said no one wanted to embark on an “exercise in heroic failure”, and he knew “better than most” how hard it was to change the constitution.

“We need to ensure any changes that are proposed need to meet the expectations of first Australians, but also will bring together all Australians. We look forward to having a frank discussion about that now,” he said.

He noted that the council – like the Uluru summit – had rejected the five options for constitutional recognition which had previously been on the table, and instead brought in “a relatively new concept into the Australian debate about recognition”.

The council’s report “couldn’t be shorter in detail” he said. “But it was a very big new idea, and so was worthy of considerable discussion here today.”

Shorten said Labor acknowledged the objectives of the council’s recommendations, including a stronger voice to the parliament for Aboriginal and Torres Strait Islander people, and the process of a treaty.

He said they were legitimate aspirations, and government could not shy away from the fact they were big changes.

“I do not think they are beyond us,” he said.

The Institute for Public Affairs branded the recommendation for an Indigenous body as patronising and condescending.

“The proposal to create a new constitutional arm of the Australian government that excludes all but one race is illiberal, undemocratic and divisive,” Simon Breheny, the IPA’s director of policy said.